With the arrival of macOS Mojave (10.14) applications that control other applications, as is obviously the case with SmashTunes, require permission from the user to do so. In case you've refused control and are wondering why SmashTunes isn't working properly, make sure to check the `Automation` settings within the `privacy` settings of the Security & Privacy control panel.
Unfortunately, there are no options to make this much easier (from within SmashTunes). 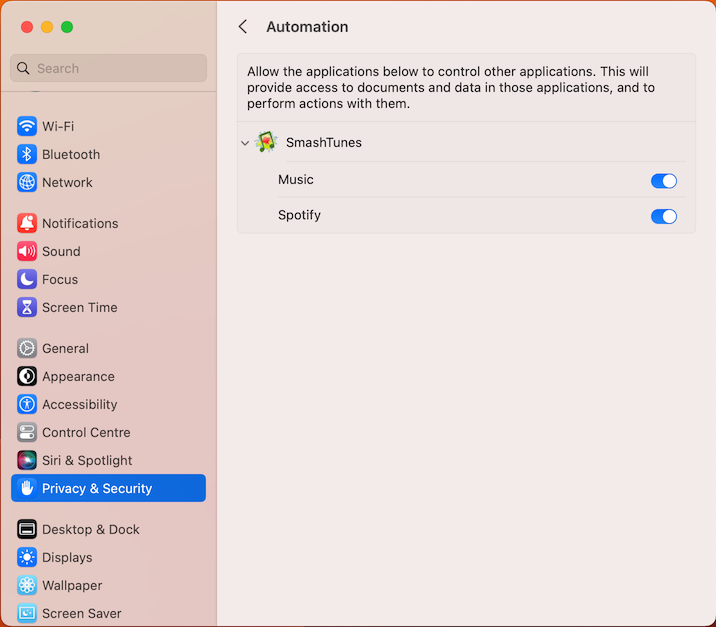